So we are often asked by our peers and fans about the specific things that inspired Legends of Nesslifia as far its story, game play elements, and characters. Well that’s exactly what we’re here tonight to share with you all! Myself (D.Castone), and Adam (A.Karlan) are going to discuss with you the details of Nesslifia’s origins, and our wishes for it as we move forward!

DC: Legends of Nesslifia as a world began over 17 years ago in my mind as a child. The characters, the world, and It’s story have been something I’ve kept dear to myself most of my life. Nesslifia as a video game began in the spring of 2014 during a replay of the classic RPG title Final Fantasy VII. It’s an interesting little tale of origin due to the timing of how everything unfolded.
DC: So it was March of 2014, and I had just traveled from beneath the floating city of Midgar, beyond the slums, far past the stables, and across the dangerous marshes of the Midgar Zolom.
I had just survived an encounter with Reno, Rude, and the newly introduced blabber mouth known as Elena of the Turks. It was right then as I exited the mythril caves where I was moments from stumbling upon a mini game i had played dozens of times before, however this time would prove to be life changing.

A.Karlan:  Any FF7 die hards may have figured out by now exactly where we were headed.  Anyone figured it out yet?  yep, it was Fort Condor. 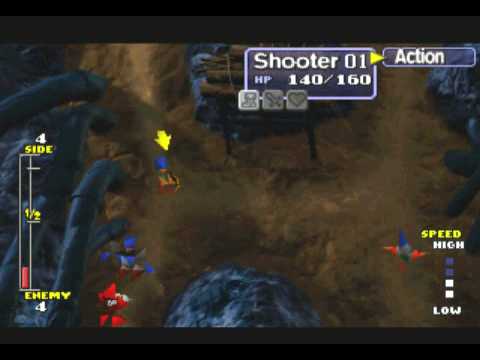 D.Castone:  I was always a big fan of the mountain side fort condor mini game, and over the years I’ve seen mobile ports of G-Bike and FF7 snowboarding, but there was never any new thought of this mini game. The most interesting thing about this re-re-re-re-re-replay (haha) was that about this time in my life, my original Nesslifia dev partner
J. Foss had approached me for maybe the 3rd, or 4th time about collaborating for a commercial release. So the stars were definitely aligned this day.  As I sat through, playing the mini game, my mind wandered off as I found myself lost in my thoughts about what this mini game could be if it were to be expanded upon.  The ideas were flowing so rapidly that i managed to play a bad game, which of course is pretty hard to do. When everything was all said and done, I had not only managed to play possibly the worst round of the mini game in FF history, but I also discovered the nucleus of what was to become LEGENDS OF NESSLIFIA the video game. 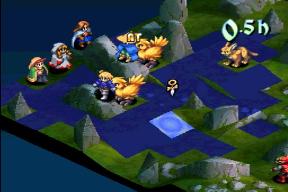 The last inspiration would be an odd ball source of various elements from American pro sports free-agency. These were the ingredients chosen to create the perfect RPG game.
But another ingredient was soon discovered within the concoction!

Thus, the Legend of Nesslifia was born!
Using Darryl’s ultra awesome story…
Carnero! Adam! & Team XIV, had dedicated their lives to grinding down to bring forth the world’s coolest new RPG game!